Passing on to you the pearls of wisdom gleaned from what I read, watch and listen to each month.  If a particular pearl appeals to you, click the link and enjoy.  Like God’s Word says: “Listen to advice and accept discipline, and at the end you will be counted among the wise” (Proverbs 19:20 NIV).  I pray these pearls help each of us to be counted among the wise and live a more beautiful life.

“Study: Anti-Christian Bias Hasn’t Grown. It’s Just Gotten Richer”  Kate Shellnutt.  This informative article explains that the percentage of Americans hostile toward religious and social conservatives has not increased.  Instead what has changed is the power and influence of those with hostile attitudes.  They still tend to be politically liberal and less religious, but now they are also richer and have more power. Link: https://www.christianitytoday.com/news/2017/october/anti-christian-bias-richer-evangelicals-persecution-complex.html

“Trinity Western loses fight for Christian law school as court rules limits on religious freedom ‘reasonable’”  Kathleen Harris.  A Christian University in Canada will not be granted accreditation for a new planned law school because of its policy that students adhere to Biblical standards on sexual activity and marriage.  This article explains the history and implications of the court’s ruling.  It is a major loss for religious liberty in Canada.  It also demonstrates why keeping the US Supreme Court from being controlled by a majority of liberal justices is so important.  Link:  https://www.cbc.ca/news/politics/trinity-western-supreme-court-decision-1.4707240

“9 Facts About the Political Views of Millennial Evangelicals”  Chris Martin.  This summary of Pew Research Center data from 2014 looks at the political views of Millennial evangelicals, comparing them to the political views of both older evangelicals and all Millennials.  I found the data to be a mix of encouraging and discouraging insights.  I also found it helpful in understanding how to communicate and minister in today’s context.  Link: http://www.millennialevangelical.com/9-facts-political-views-millennial-evangelicals/

“Conn. ‘surprised by grace’ of DR response to storms”  Diana ChandlerHundreds of Southern Baptists from 13 states are helping Connecticut residents after tornadoes destroyed 300 homes there in May.  In some areas, 98% of the residents don’t recognize Jesus as Savior.  Six people have made professions of faith, and volunteers have distributed more than 130 Bibles while conducting repairs and removing large downed trees. Link: http://www.bpnews.net/51170/conn-surprised-by-grace-of-dr-response-to-storms

“Guess Who’s Coming to Church: Multiracial Congregations Triple Among Protestants”  Kate Shellnutt.  The multiethnic church movement is working: Protestant churches in the US have become three times more likely to be racially diverse than they were 20 years ago.  Overall, nearly 1 in 5 of all American worshipers belong to a multiethnic congregation.  This trend is encouraging.  Link: https://www.christianitytoday.com/news/2018/june/multiracial-congregations-triple-protestants-baylor-study.html

“Abuse in the church: Its trauma aired by panel at SBC”  Karen L. Willoughby.  A panel discussion prior to the SBC annual meeting in Dallas last month discussed the trauma of women in the church who experience sexual abuse; the churches’ response; and how to prepare children for potential situations without scaring them.  Given recent developments in our country, this is a good read for all of us.  Link: http://www.bpnews.net/51107/abuse-in-the-church–its-trauma-aired-by-panel-at-sbc 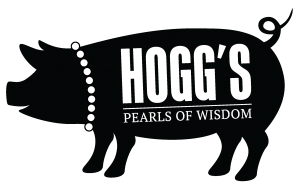