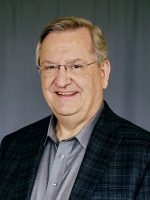 My wife, Monieca, and I are both Kentucky natives.  We attended the same high school and her family belonged to the small mountain church I began serving as Pastor during my Sophomore year at Cumberland College. We were married in 1982 while I was attending The Southern Baptist Theological Seminary in Louisville, where I earned my Master of Divinity.

After graduating seminary, we moved to Sumter, SC where I served as Pastor of Bethel Baptist Church for nearly four years. Then in 1987 God led us to Rock Hill and First Baptist Church. It’s been an incredible journey, filled with surprises and great blessings.

My journey with Jesus began during my sophomore year of high school. That is when I attended church for the first time, riding a church bus to a Monday night revival service. As the saying goes, “my life hasn’t been the same since.”

I preached the first time during a youth rally when I was a junior in high school and became a Pastor when I was 19.  Forty-three years later, I’m still a Pastor with a passion for preaching God’s word.

Monieca and I have two children, both of whom are married.  We also have five grandchildren: Liam, Lilianna, Emily Elisabeth, Steven David, and Audrey Claire.

Other things you might enjoy knowing about me are… 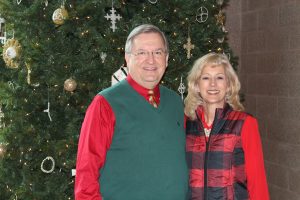