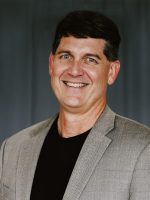 From coast to coast and sea to shining sea!!! That has been the journey for me (and my family). Born in California and raised in Washington state, we have now completed the cycle of living on both coasts including a stint in the middle. Though there are not many Christians in the Northwest, I surrendered my life to the Lord while attending college at Central Washington University. Conveniently, I not only met Jesus in college, but I met my wife there too (June 23, 1990)!! We graduated from CWU in 1991 and moved to Vancouver, WA where I began a brief career as an Elementary School teacher.

As the Lord continued to move in our lives we followed His leading to move most of the way across the country to Nashville, TN in 1996. Complete with two of our kids Jessep (1992) and Bryant (1995), Branda began work for Lifeway Christian Resources as a wellness consultant, trainer, and author. Early in our move to Nashville, the Lord pulled a fast one on us and called me to vocational ministry. Over the next 5 and half years, we worked, volunteered at Long Hollow Baptist Church, and raised kids while completing a seminary degree. Upon completing that degree in 2003 we followed the call to Memphis, TN to serve on a church staff in two separate churches over the next 6 years. In the process, the Lord surprised us with two more awesome boys, Landry (2003) and Finley (2006). Yes, that is two families in one marriage, what a crew we are!!!

The Lord continued the pilgrimage of the Polks in 2009 when we moved back to the Nashville area serve Immanuel Baptist Church in Lebanon, TN. We were there just long enough for Jessep to graduate from high school. He continued his education and baseball career at North Greenville University graduating with a degree in Accounting.  While at NGU he also met our fantastic daughter-in-law, Tori Freedman Polk.  They married in 2017 and now reside in Kings Mountain, NC.

The coast to coast journey is now complete as we join the FBC Rock Hill family in serving as the Associate Pastor of Spiritual Growth and Assimilation since July of 2011. We are very excited about what God is doing in our lives as well as the FBC family and look forward to serving with you for a very long time. Branda is actively involved in her work as a Personal Fitness Trainer. Bryant is a 2013 graduate of Northwestern High School and a graduate of York Technical College.  Bryant now works in the commercial building systems industry in Charlotte. Landry and Finley continue to keep us young.

Branda and I are deeply committed to fitness doing CrossFit almost every morning and in my spare time, I enjoy coaching my boys in football, reading, and visiting the beach whenever possible.