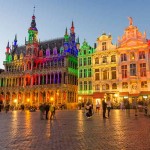 Brussels is a beautiful city. Early one August morning 20 years ago I had a layover in the Brussels airport, so I took the train with some friends to the downtown area.  Since most of the city was still asleep, we were able to walk around enjoying the sights without worrying about any crowds.  Other… Read More »

The French President rightly called last night’s ISIS terror attacks on Paris an “act of war.” He added that ISIS is “a terrorist army … a jihadist army, against France, against the values that we defend everywhere in the world, against what we are: A free country that means something to the whole planet.”… Read More » 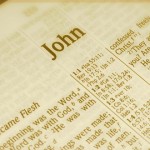 There is so much in chapter 16 that is relevant for today. Let’s look at three things in particular. 1) Hostility toward Christians and martyrdom: In verse 2 Jesus makes it clear the His followers would eventually be “outcasts from the synagogue.” Jesus’ disciples and early followers were Jews who continued to worship in the… Read More »